Posted at 18:44h in Blog by Panache Desai

The source of inspiration for the programming that we offer to our global community flows through me as a result of my willingness to let go of control and allow myself to be carried along the current of inspiration that surrounds me. Take it from me. Love is the only reality – but we've empowered something else above it – the all-consuming emotion of fear.

To me, living fearlessly means loving myself enough to fail and to not be afraid to fail more times than I succeed, a humbling inner walk when one's life is unfolding in front of a global community.  I know I'm only doing what God wants me to do, so then who am I to be afraid?

I asked my wife Jan (a self-professed scaredy cat who tends to focus on worst-case scenarios) what living fearlessly means to her and her answer was quick and clear: “It means giving voice to my deepest desires and making choices that defy conventional logic – a trust that has developed since I met Panache. Twin baby girls in my mid 50's? Most would say I'm crazy but I¹m living my dream and with each step forward in the face of deep-seated fear, I'm connecting more deeply into the wisdom and strength of my own inner-fortitude and connection to God. Each time I go beyond my fear, I deepen my connection to trust and love.

I decided to ask my awesome support team what living fearlessly meant to them. Their answers were amazingly candid and extraordinarily brave. With their permission, I've included excerpts of their beautiful stories here. 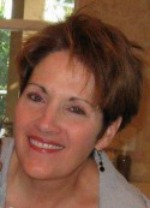 Many years ago I lost my eight-year-old son to cancer and later lost touch with my daughter due to her growing addiction problems. She gave birth to our granddaughter and was unable to care for her, so at the ripe old age of 51, I was raising an infant again.  While dealing with all the emotions surrounding the experience from the pain of loss to the joy of new life, my amazing husband and I embraced raising another child and forged ahead, even though it wasn't the path we thought we'd be on at this point in our lives.

My idea of living fearlessly is pushing through the grief and taking on challenges that I never dreamed I'd face, navigating them and feeling that everything is going to be okay because at this point, I know now we can handle anything.

To me, living fearlessly is quieting the chatter and “what if's” in my head and being bold enough to say “yes” to the life I truly want to live.

In 2006, I lost my beloved grandmother and fell into a deep depression lasting two years. As the depression started to break, I realized how badly I needed to make a change.  I was offered an employment opportunity that included something I had always dreamed of- traveling the world. Terrified, I took it. The two years I traveled were the happiest time of my life. I was honoring my true self and seizing all that I once thought would never be possible, including finding a wonderful husband. Taking that leap was the best decision I ever made but at the same time, I felt the decision had little to do with me making it.  It was going to happen, I just had to be fearless enough to fully embrace it all. 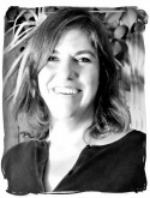 The most fearless thing I've ever done is to sign-up for, train for and participate in a 60-mile walk to end Breast Cancer, walking from Boca Raton to Miami.  It was an amazing experience that showed me where my limits were and pushed me beyond them.  The experience made me feel like a super hero and humbled me at the same time as I witnessed the courage and strength of the survivors and the family members of victims that walked beside me.  It impacted my life so profoundly that I've signed up for another one!  I'll be walking 40 miles this time with the Avon Walk in New York City, October 2014. 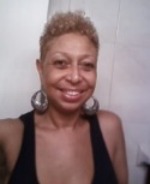 The key to a fearless life for me is surrender. As I watched my daughter's body convulse after an attempted suicide, I realized that I have no control.  My faith was strengthened that day and although Ashley was gone for several days and I had almost believed that she would never return to me, a force greater than both of us decided that she had to stay.

Since that harrowing experience, I've realized that fear is still in my life, however I think about it differently now. Rather than react out of panic, I calmly analyze it. I've learned to take a moment, wait, and listen for the answer. That is living fearlessly – living in God's grace and allowing that grace to handle the big stuff because God is in control. 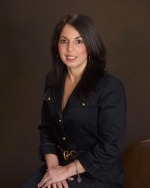 Living fearlessly is something that does not come easy to me.  I grew up with parents that lived their whole life around fear – fear of flying, claustrophobia, dying, fear of not swimming in the ocean because of sharks, and the list goes on and on. Even after I lived on my own, the worst-case scenarios continued to play out in my head.

While I have gotten much better at it, I feel I am always fighting to live fearlessly and try new things.  Thankfully, I am married to someone who pushes me to not be afraid. Everyday I try to be optimistic and not always dwell on the negative but my biggest motivation to stay positive is my children. I do not want to put my fearful thoughts in their head that may seep into their experience and paralyze them later in life. Even when they're riding a roller coaster and I'm watching from the ground, I cheer them on and never let them know I¹m scared to death for their safety! I've learned to face the anxieties as they come and make a conscious decision to move forward regardless of my doubts and worry. It's a challenge sometimes but I choose to live my wonderful life and not let fear hold me back. 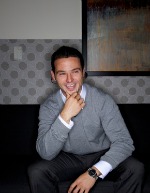 Eight years ago, I felt fear in a big way when my business partner and I took a leap and started our company, Atilus. Even though I'm now successful and on some level I've “made it,” I still feel fear, but now the pit at base of my chest reminds me that we don't have much time. That fearful feeling is there for a purpose, and I've gotten used to its presence.

When I was a kid, I always thought that one day I would grow up and all of the things I feared would magically be gone. However, I realize now that living fearlessly is not about living without fear but understanding that confronting a fear helps us move forward into something new. My fear is always going to be with me and that's okay. I've come to appreciate it. 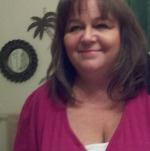 Living fearlessly for me started early in my adult life. At 20 years old, a friend and I decided to sell everything we had and move to Hawaii. I was young, but I kept looking at the positive of that decision and I didn't regret it. I think taking that leap set the precedent for taking big risks when my heart felt it was right.

Later in life, I had some health issues that presented a “now or never” situation, and I felt the familiar tug of my heart's desire yet again. So before getting pregnant was no longer an option, I decided to have a baby and became a mother. Even though I was doing it all on my own, I didn't worry or look at the negative. I could only see the positive. There were going to be unknowns and fears for the future that crept in now and then, but I calmly accepted that it was part of the territory and charged full steam ahead anyway. Every time I look at my child, I'm forever grateful that I did.

My September “Living Fearlessly” Telecourse will vibrationally support you in dragging that terrifying boogeyman out from under the bed and courageously switching on the light of love that dissolves its presence.